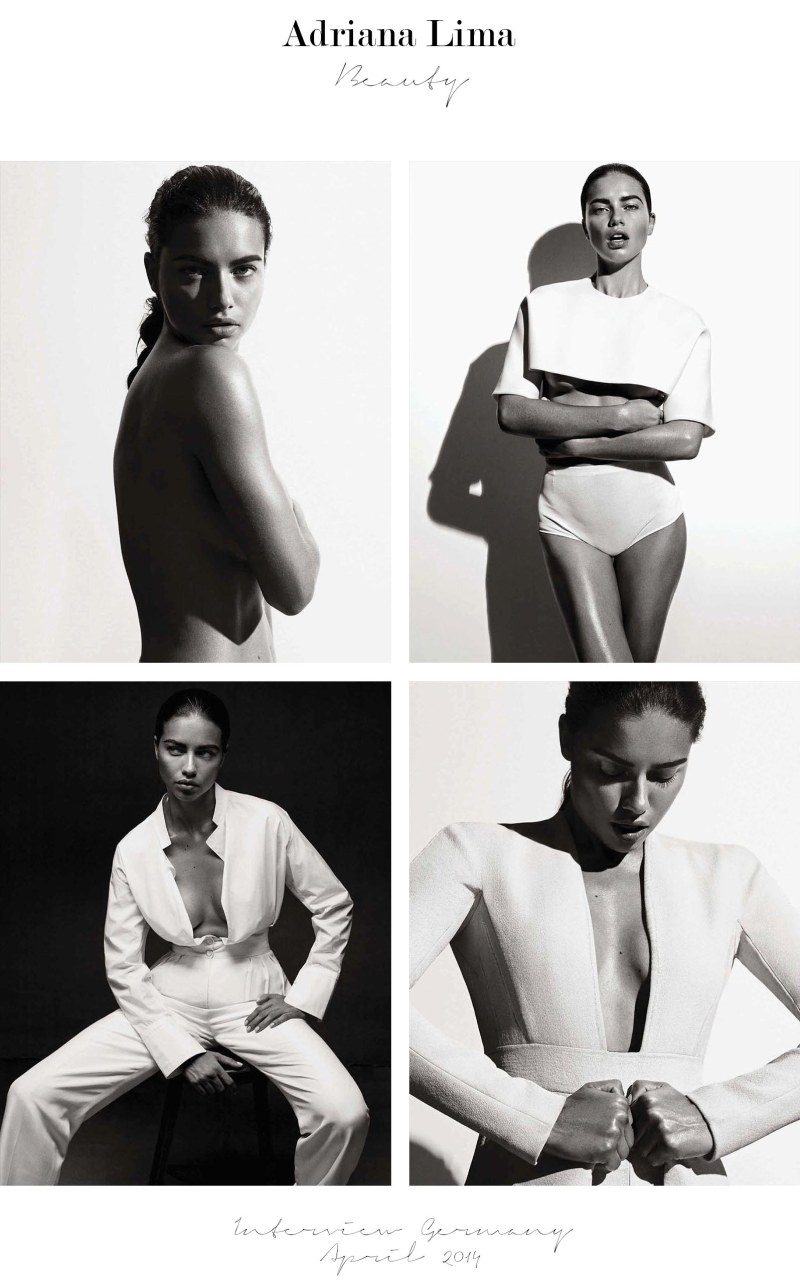 The striking Adriana Lima is seen in the latest issue of Interview Magazine, love it! Check out the whole editorial and my description of it at The Fashionography’s website, click HERE to get there!

Today I’ve been having a proper chilled out day, just as a sunday is supposed to be, also got to sort out some online errands, tonight it’s game of thrones time! Just started watching it the other day, so I’m a newbie, gotta catch up with the rest of the world. x

Bracelet: GoGo Philip, you can get it HERE!/ Nailpolish: Urban Outfitters

Two more items that I got from London, this bracelet and a very neon nailpolish! Not sure how to use the nailpolish, think it might be too much doing every nail in that colour, hm… any suggestions? :)

It’s not only the clothes we’re excited to see on the runway, even though that’s the main thing, we shall not forget about the hair and beauty trend that goes with it! And this year there’s something for everyone!

Marc Jacobs showed a very 60’s hairdo, whilst Phillip Lim and Saint Laurent went for the more grungy look with messy hair! (A style that I’m a big fan of, considering I never really brush my hair… Moving on!)

Anthony Vaccarello went for messy hair too but in a messy up do instead, and then we can see that the back slick is still going strong this year, by Balmain who decided to style their models that way!

A nice back slick is so hot! Would love to have it, but having a fringe makes it real complicated..

Anyways, I’m off to my sister’s place now, gonna meet my cousin and his family and then I’m heading into town to have dinner with my friend :) yum yum!

Also have some fun pics coming up
;)

Went passed Make up store the other day, and thought I’d go in and have a look at their lipsticks, we’re in the mood for a fun colour, I first looked at the orange /coral ones, think that lipstick colour is lush for summer time, but orange is not really my colour, so instead I went for a hot pink colour, Mandy it’s called, and I love it! Feel a bit like a walking candy land though with my pink lips and purple hair, ha!

Today’s plan is to first play super loud music, and have a bit of a dance in the livingroom, then take out the trash (exciting yes!) then I’m meeting up with my mum in our allotment, we’ve been renovating it, so there’s a few things to be done!

Lately I’ve been using Maybelline’s make up products but noticed that they just don’t work for me, my skin either gets too dry or too fat, so I got very fed up with my skin and decided to do something about it! No more weird chemicals anymore, so I went for the bare minerals products, that I’ve heard lots of great things about! Tried it out yesterday and so far I’m in love with them! It feels very fresh on the skin, not oily or too dry, just perfect! hope it stays that way! I also got myself an iphone 5 today, woho!

Some of you might already know that I’m girl crushing on Candice! Who isn’t really?!? And she looks stunning in this editorial shot by Mariano Vivanco, love the photos! they feel so 90’s , wow!

Oh I’m so full now after the pizza, bit of a food coma! Oh I have to tell you how awful I felt this morning, basically , last night my jaw was really hurting prob cause I felt all tense yesterday, it was so bad that I could barely fall asleep cause of it! So woke up this morning, with my jaw feeling completely ruined, blood on my lip, ( must have bitten myself in my sleep) and haven’t slept enough hours, made me feel like someone’s been using my face as a mop last night or something, hurting everywhere! Did I get into a massive physical fight with someone in my dreams or what?! aouch :( Hope it won’t be the same tonight!

I think Vice magazine is pretty awesome and I’m definitely not alone thinking that! And after I read an hilarious article I came across THIS  documentary about fashion in South Korea Seoul, about K- pop, Seoul fashion week and the view of beuty among the korean women. The documentary was really interesting, they talked a lot about all the plastic surgery that takes place in South Korea, apperently is the most common place in the entire world to have plastic surgery.

The Korean women wants to look more like western people, the straight nose, the eyelids, and face shape, to them plastic surgery doesn’t seem like a big deal, almost like going to the dentist, and get some work done. A surgery gift voucher is very frequently given as a graduation gift from the parents to their child.

In 2007 me and my sister went to South Korea Seoul to visit my brother and his wife, who worked there for a year. I really fell in love with the people and the city it was amazing! And as a western, me walking down the street was almost like being a celebrity, everyone looked at me, people stopped me to take pictures with me (the schoolgirls at the pic above did) and this one time when I walked into a shop that played korean music, as soon as they saw me they put on the latest hip music on, haha, so random. Quite a surreal situaton.

Remember that in all the tabloids around in Seoul all the models were mix raced, korean and western, I never saw a model looking like a typical korean, they always had that touch of western to their look. Which really makes it clear what it is that is considered “beautiful” in Korea. So no wonder that this ideal has developed there! When me and my sister went to a chemist to get some lotion, my brother’s wife said, “Oh be carefull, really check the ingredients, cause almost all the products has bleach in em” Yep bleach to make them look whiter. Interesting to compare, us western people fake tan ourselves to get darker.

I don’t really know what my opinion about this matter is, cause us western people wants to have bigger boobs, nicer nose, so what’s the difference really? Well my mum just said “that korean people has surgery to get an eyelid, so they won’t look as much as their own race, it’s like us having surgery to look more asian” And I guess that’s the thing, western people has their ideals of what a “pretty” western look like, but it’s never to look like say “more asian, or more african” And if you think about it , it doesn’t really make sense that an korean woman that lives in korea should look western. I really don’t mind surgery, as long as people want to it, then why not, I just think it’s quite an interesting subject.

Hope I didn’t offend anyone with this post, just me debating about it cause I find it interesting about the beauty ideals in our world.  (wow this was a long post)

Any thoughts? :) Oh and watch the documentary HERE really interesting!